EA (Electronic Arts) is a developer which has created several iconic games like the FIFA franchise, Star Wars, Battlefield and many more. EA’s monetization techniques are something that has been frowned upon by the gaming communities as well as several legislations from various countries.

Loot boxes consist of various items like special weapons, characters, skins and abilities which have no value in real life but give the user an advantage over the other players.

FIFA has mastered this method of generating revenue from its FIFA Ultimate Team mode where players have to build their team from scratch by buying packs, trading cards and unlocking rewards. Players have dished out several dollars in hopes of getting stars like Lionel Messi or Cristiano Ronaldo but most likely are bound to get an average player. A user has claimed to spend almost 250,000 USD ever since he has started playing FIFA 5 years back.

Another example of this is Star Wars Battlefront II, where EA has admitted that they made an unethical move by keeping the games’ best weapons and characters like Luke Skywalker locked till the user plays several hours or unlocks paid loot boxes.

Understanding from a psychological point of view 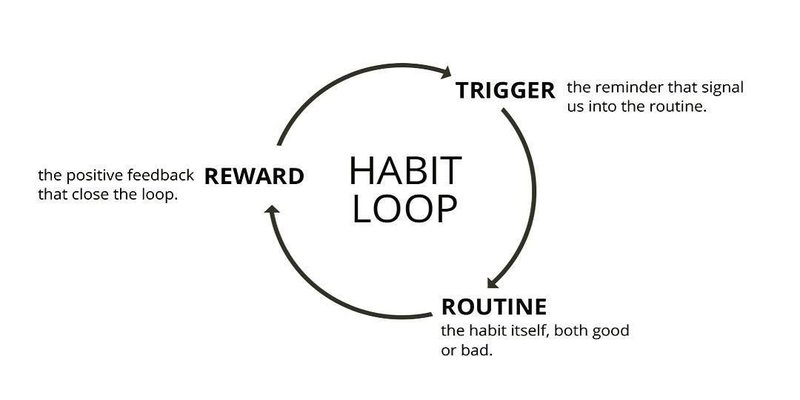 The picture above represents a habit loop of the human mind found by researchers at MIT, each of us has our own sets of habits that reward us (e.g., the nicotine rush after smoking a cigarette) and there’s a cue (the sight of a cigarette, seeing someone smoke, etc.) which causes us to fulfil the routine to get the reward.

Developers utilize this for profits and follow a similar model where:

CUE: seeing a new pack of players with increased stats or a dynamic picture

ROUTINE: purchasing loot boxes or digital currency of the game to buy the packs

REWARD: either getting the item/player desired or a lower-rated item/player

So to keep users in a loop, developers will randomize the chances of getting a good item/player that will keep users in this ferocious loop till they get what they desire as studies have found that ANTICIPATION of reward attracts more attention than the REWARD itself.

A lawsuit has been filed against EA for its FIFA Ultimate Team mode by Paris based lawyers Karim Morand-Lahouazi and Victor Zagury in France. The lawyers have argued that the multiplayer mode is a “pay-to-win” competition where players pay to purchase packs of cards which promotes ‘gambling behaviour’. The lawyers are hoping for an insightful look into EA’s card generating algorithm.

Belgium and Netherlands took similar actions in 2018 and banned EA from selling FIFA points and notched down the loot boxes (for other games like Star Wars). EA and Epic Games (creator of Fortnite) had to face the United Kingdom’s House of Commons where they were grilled for their predatory monetization techniques involving “loot boxes”.

EA equated their loot boxes to Kinder Eggs, which contains a random toy inside and defended that they haven’t implemented any unethical techniques instead are adamant that their mechanics dubbed as “Surprise Mechanics” is fun and ethical way of surprising users. EA denied that their “randomized content mechanism” promoted gambling behaviour and has failed to find any evidence proving so.

Hrithik V
Hrithik is a gaming enthusiast and a privacy activist. He loves spending time researching content and technologies and articulates content for a mass audience with simplicity.
- Advertisment -[the_ad id="13487"]