Bethesda Softworks has announced a suite of patented game streaming technologies called “Orion” during its E3 2019 press conference. Orion technology is designed to reduce latency, bandwidth and computing power required to deliver a great experience for a streaming video game. Bethesda promises to give its players a high-quality experience that’s accessible on slower internet speeds. Its also opening a limited beta test later this year.

Instead of the hardware approach favored by platforms like xCloud and Google Stadia, this technology optimizes game engines for delivering greater performance in a cloud environment. 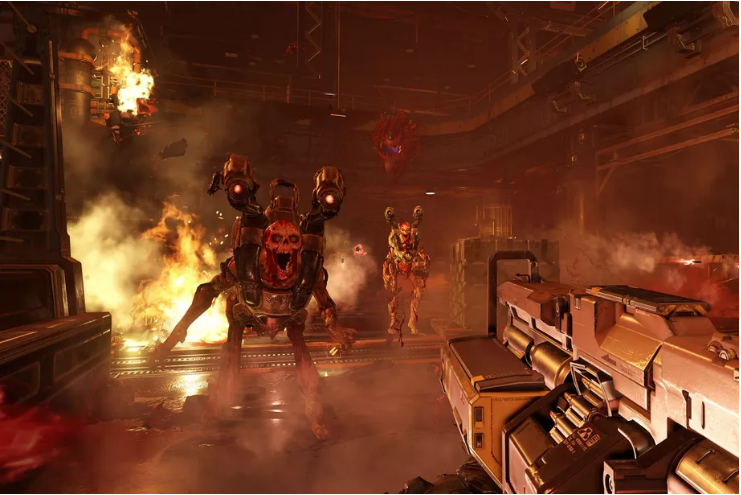 Bethesda’s James Altman puts Orion in the pantheon of the company’s tech-firsts like the first first-person shooter, mods on consoles, and consumer-ready virtual reality headsets, and also promises with 4k resolution and 60 frames per second.  “This can be put into any game engine; it can be used with any streaming platform to provide a better experience for any consumer playing that game on that platform and to deliver it at a lower cost for whoever’s serving the data,” said James Altman.

It works essentially by delegating some processing tasks to the game engine locally, rather than performing them as they’re transmitted to the player over the internet. Bethesda says that turning on anyone Orion feature could actually cut the bandwidth that is required for a high-quality streaming experience by 40 percent. It also helps in reducing the time it takes to encode one frame of video by 30 percent.

Although Altman says that various kinds of games will benefit more from different features, the company didn’t say how much turning on all Orion features would improve a stream. According to him, it won’t be an onerous process to enable Orion by streaming platforms; developers would be primarily responsible for integrating it into their games.

The Orion test layer will run independently later this year, and not in conjunction with any of the existing streaming service. Users would also be able to run 2016 game Doom at 60 frames per second in 4k resolution. For now, Bethesda is encouraging those who want to “sing-up” tonight for Bethesda’s Doom Slayers Club.