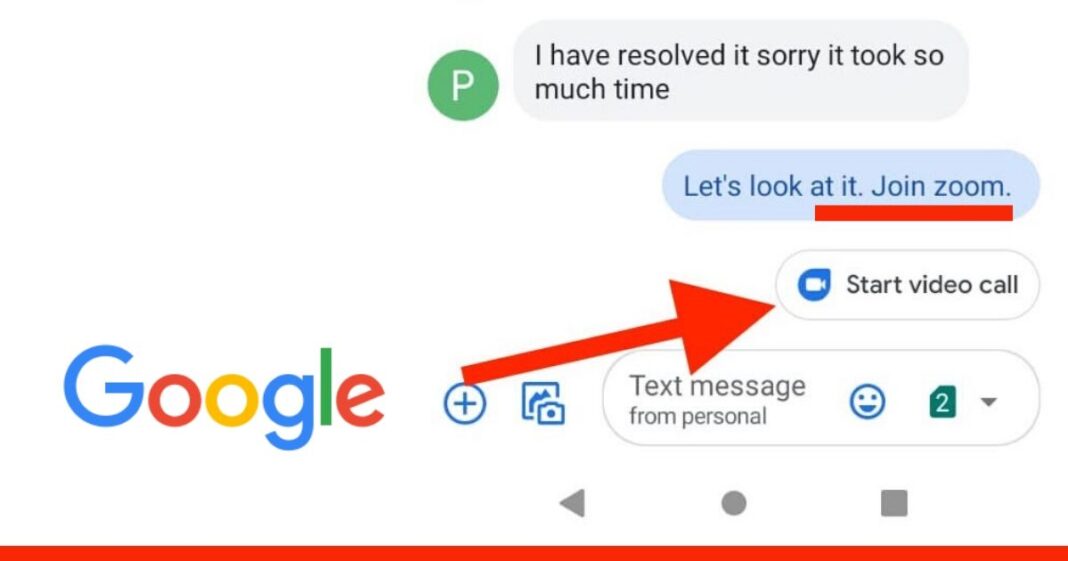 TheDigitalHacker team observed the screenshot and found that the user, in fact, didn’t mention the context “video call” at all in the conversation but google’s own developed messaging app Messages added “Start Video Call” button positioning their own app “Google Duo” first in the chat.

“The user also had zoom android app installed on his phone.“

This raises many questions regarding google’s anti-competitive behavior towards companies like zoom, skype, and other companies in the video conferencing industry.

Google’s official android app “Messages” that is installed on billions of android devices by default, and come in the box with non-uninstallable locks.

Google’s Monopoly, Is it a threat?

Google has been developing solutions for every industry which had a massive user base. From owning the whole search engine to having the biggest android application store “Play store”.

music apps, videos, applications, a podcast to messages, Google has its services everywhere and installed by default it users’ phone.

Is it because of the machine learning model on android?

No, it isn’t because of the Machine learning model. It’s a real-time company data analysis and recommendation.

A neutral machine learning algorithm is always designed to work with the content irrespective of the company name.

In this consequence, there was no mention of context “video call” at all, but Android Messages still recommended “Start Duo call” positioning “Google Duo” over its competition.

Should zoom and other companies are be worried about it?

Absolutely. This is a very real proof of google using it’s power to define monopoly in business. To attract customers from the desktop where Google’s has a way to install bloat apps, a noise cancellation feature is added to have a competitive choice over zoom and other video conferencing companies.

Why most of the google apps are loved by the community?

Google is apps and services loved by the community because they remain advertisement free until all other competitors almost leave the ground.

Google does that by having a never-ending fund to develop apps and solutions for the industries having large userbase.

1. Android Messages | Installed by default on 90%+ android phone and promoting its own product

2. Google Pay over PhonePe and PayTm is a very good example.

3. Google podcast app dominates the play store among all podcast applications (Still Free, no ads and has the most podcast users)

What’s your thought? Do you think this is a rare act of monopoly?