Russia quits ISS, initiates its newly carved out plans with funding of worth 6bn 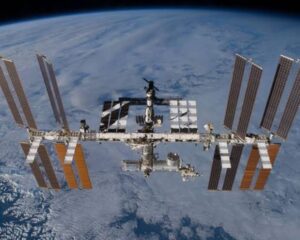 Since 1998, the International Space Station (ISS) has been a commonplace of work for astronauts from Russia, the United States, and 16 other nations, and it is one of Moscow and Washington’s closest fields of collaboration.

But, as relations between Russia and the United States, as well as other European agencies, have deteriorated, Russia’s Roscosmos space agency announced on Wednesday that it has begun construction on its own space station, with the aim of launching it into orbit by 2030 if President Vladimir Putin approves.

Backing off or hampering the closeness of Russia with that of the US would impact in its working of the International Space Station (ISS).

“If in 2030, in accordance with our plans, we can put it into orbit, it will be a colossal breakthrough,” Roscosmos chief Dmitry Rogozin via the Interfax news agency. “The will is there to take a new step in world manned space exploration.”

Moscow will notify its partners in an official manner, incorporating its plan to leave ISS project by the year 2025. Russia will make use of AI and robots. On most probable terms, the station would not accompany a permanent crew as its orbit path would expose the crew members to constant high radiation. Foreign crews are highly welcomed to pay a visit but as authorities stated, “the station must be national… If you want to do well, do it yourself”. There’s an investment of 6bn by Russia into thr execution of this plan.