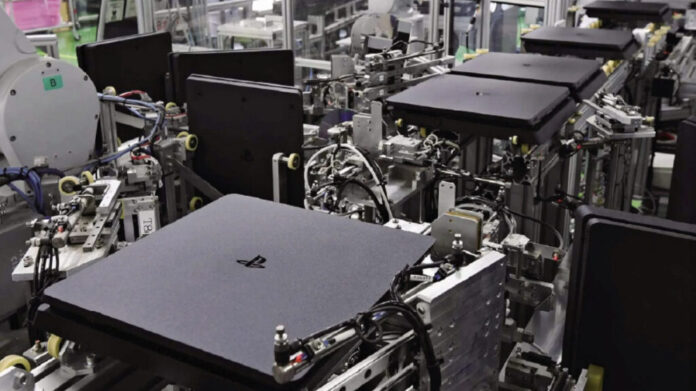 After a successful launch last November, PS5 sales continue to get stronger. Gaming Bolt reports that as of March 2021, had already shipped over 7.8 million units globally, outpacing the PS4’s sales during the same four-month timeframe post-launch (7.6 million units). This is despite the ongoing semiconductor shortage, delays in the supply chain, and other factors that have meant that there haven’t been enough PS5s in stores. What’s more impressive is that by June, Sony is already expecting the PS5 to break even.

Aside from the lack of supply, another reason why it’s such a feat that the PS5 will break even is the exorbitant cost needed to manufacture the unit and what little revenue Sony gains from it. As per Bloomberg’s report back in 2020, one unit roughly costs $450 to be built. This amount doesn’t take into account shipping fees and taxes. The console uses a PC-like DRAM and NAND flash memory, which is very expensive. Additionally, it has been built with a powerful yet quiet unique cooling system.

Despite this, Sony chose to sell the unit at $500, allowing them to compete with Microsoft’s Xbox Series X, which is priced the same. For them to already break even within four months is astonishing, and the demand for the PS5 only continues to rise.

Why is it in such high demand?

You’d think that with only a few games, people would be willing to wait for a few months or even until an upgraded version of the console was released. However, that’s not the case.

The PS5 has a lot going for it, such as impressive hardware, that has made it a highly-coveted commodity. For example, its games are locked at 4K 60 FPS — specs that you could have only gotten on a very powerful PC before. The console is also backward compatible with the PS4. So even if there aren’t a lot of PS5 games out at the moment, owners can just run their favorite last-gen games and play them with a current-gen experience. Our ‘Playstation 5 vs. Xbox Series X’ post even emphasized the existence of its ray tracing-enabled chip. This component makes games load so fast that loading screens are no longer necessary.

And what PS5 games are available is more than enough to attract players. Housemarque’s exclusive rogue-like game, Returnal, is already one of the PS5’s best-selling games after just a day of its release. Launch games such as Demon’s Souls and Spider-Man: Miles Morales helped boost console sales last year, too. Sony has also been releasing gameplay videos for upcoming titles like Ratchet and Clank: Rift Apart and Horizon Forbidden West that show how good games optimized for the PS5 look like. They’re practically a pre-rendered cutscene you can move around in.

There are also DLCs for famous PS4 games that will be exclusively available on the PS5, such as Final Fantasy VII Remake’s Episode Intergrade.

Of course, Sony recognizes the fact that the PS5 supply can’t keep up with the demand. The PS5 uses a different architecture from the PS4, so its backward compatibility is not as easily made as the Xbox where every console is created from the same base code. They instead built a unique motherboard layout that can accommodate both a PS4 and PS5 processor. They’re created using complex-shaped pads, which a circuit design guide by Altium shows how you can allow multiple components to run in one unit. This layout is what allowed the console to accommodate both PS4 and PS5 functions on one specific hardware. The semiconductor materials needed for these components are in very low supply, causing a lot of delays in manufacturing.

The worst part is that the PS5 isn’t the only one that requires semiconductors — laptops, webcams, sensors, and other electronic devices use them as well. To get around this, Sony is reportedly looking into using a 6-nm AMD Zen 2 CPU to power the next batch of PS5s.

The semiconductor materials needed to create the 6-nm chip are more readily available (and cheaper) than the 7-nm AMD Zen 2 CPU that’s currently installed. According to an article on ITech Post, the redesigned console will very likely be revealed during late Q2 or early Q3 in 2022.

Despite the supply challenges, Sony has kept the PS5’s demand high. But eventually, supply won’t be a problem, allowing them to generate more unit sales in the coming years.

5 Extra Smart Ways To Protect Your Business From Online Fraud

5 Extra Smart Ways To Protect Your Business From Online Fraud

TheDigitalHacker.com is a Google News approved technology conglomerate publishing platform that published content that matters and helps us share more to the world.